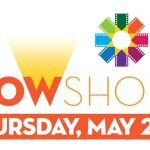 GLOWshorts, the NEW Virtual Shorts Program presented by OUTshine Film Festival, premiers as part of their GLOW Monthly Screening Series held the Third Thursday of Every Month leading up to the Miami and Fort Lauderdale Editions of the Film Festival in October. https://bit.ly/GLOWshorts1 For May, what do Mrs. Doubtfire, an LGBT political candidate, and a hurricane all have in common? It almost must be Summertime in South Florida as we premier GLOWshorts! Join us early for some Happy Hour drinks, music, and LGBTQ+ Film Trivia before we login to our Virtual Theater to watch a selection of short films... Read More 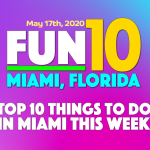 On.Miami proudly presents a brand-new new feature, FUN10, a list of the top 10 things to do in Miami this week, and every week! Every Sunday, we’ll drop a new FUN10, to give you a head start on your week and a heads up on what’s going on over the coming seven days. Check out FUN10 every Sunday for the details on ten awesome events happening around town. It’s a cool read, and a great way to get started planning your entertainment for the week. Due to the cancellation of so many regularly scheduled events in Miami – with more coming in every hour – we’re focusing this week’s edition... Read More